Western Suburbs Lawyers & Migration Agents with a professional and straight to the point approach. 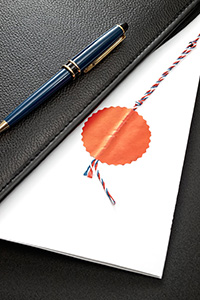 A NSW notary (also referred to as a notary public or public notary) is a solicitor that has been practising with good standing for at least 5 years, appointed by the NSW Legal Practitioners Admission Board to hold a unique public office. They have the internationally recognised power and authority to prepare certificates of Australian law. This includes documents such as contracts and deeds, authenticated by his or her signature and official seal, in a manner which renders them acceptable to the judicial or other public authorities in the countries in which they are produced.

A notary public also has the authority to administer oaths to the effect that a person signing a legal document was in fact, under oath when doing so. Notaries also perform other administrative functions of an international nature, and can provide official verification of the identities of the signing parties enough to satisfy the Courts and to verify statements made as accurate and therefore, legally binding.

What is a Notary’s Prime Responsibilities?

Contact us to arrange an appointment with one of our Public Notaries, Clara Suasin or Marigold Suasin.

You can view NSW’s standard notarial scale of fees by following this link: http://notarynsw.org.au/fees_scale

Book an appointment by contacting us at our Plumpton Office:

Online through our online enquiry form below:

How We Can Help